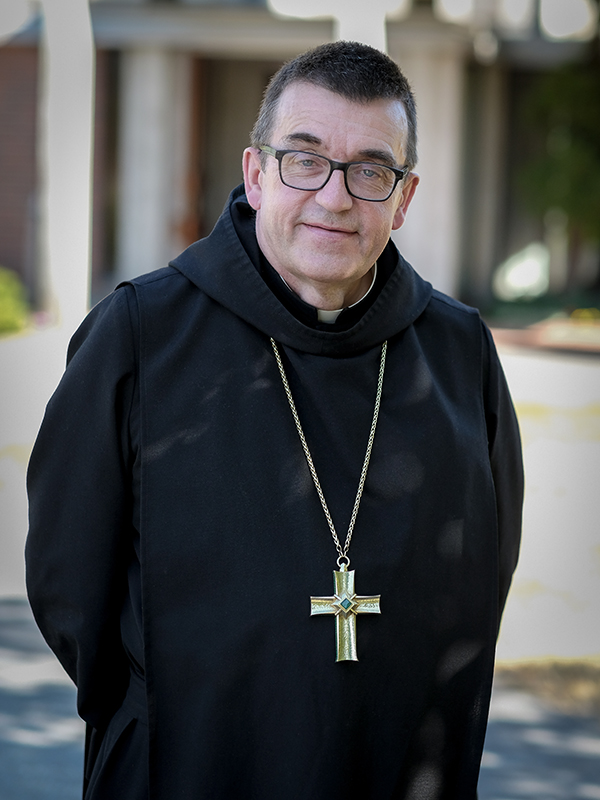 Abbot Alban Riley, osb, was elected the fourth abbot of Westminster Abbey on 11 July 2022. The abbot serves as spiritual head and father of the thirty-two men living the Benedictine monastic way of life at Westminster Abbey. He is also chancellor of the Seminary of Christ the King, the abbey’s main apostolate.

Abbot Alban was born in 1956 in the town of Schwäbisch Gmünd, Germany, the eldest of the three children of Anthony Riley and Maria Walter.

In 1962 the family emigrated to Canada, settling in Kingston, Ontario; here Abbot Alban completed his elementary and secondary education in the Catholic schools, and went on to Queen’s University, graduating with a major in History.

Abbot Alban came to Westminster Abbey as a postulant in 1979, completed his novitiate and made first profession of vows in 1981, taking the name and patronage of St. Alban Roe, English Benedictine martyr of the seventeenth century. He made solemn vows in 1984 and was ordained to the priesthood in 1985.

During his time in monastic life, Abbot Alban has been assigned to vocation work, novice master, and as a professor has taught in both the Major and Minor departments of the Seminary of Christ the King, mainly Liturgy, Church History, Latin and French. He served as Vice-rector of the Major Seminary for a couple of years, and as Subprior of the monastic community since 2006. In addition to the BA he acquired at Queen’s University, his academic studies culminated in his obtaining a licentiate in sacred theology from the Pontifical Athenaeum of St. Anselm in Rome, Italy. Gifted with languages, Abbot Alban also enjoys Elvish, not to mention he reads Tolkien’s The Lord of the Rings almost yearly.

the white strawberry flowers on blue from the Fraser arms, to recall the Fraser Valley where the Abbey is situated.

the x-shaped cross gold on blue from the arms of St Alban’s Abbey, England, the remains of which were important in the life of St Alban Roe, Abbot Alban’s patron; the indentation (zig-zag lines) is to recall the zig-zag walls of Westminster Abbey Church.

the three roundels give Abbot Alban’s personal origins: the white unicorn on red (arms of Schwäbisch Gmünd, the town where he was born); the gold oak tree on green from the arms of Nottinghamshire, where his father came from; the white Martello tower on red from the arms of Kingston ON, where he grew up.

As his motto, Abbot Alban chose “Prodesse”, as found in Chapter 64 of the Rule of St. Benedict: “Sciatque sibi oportere prodesse magis quam praeesse.” (And let him know that it beseems him more to profit his brethren than to preside over them). 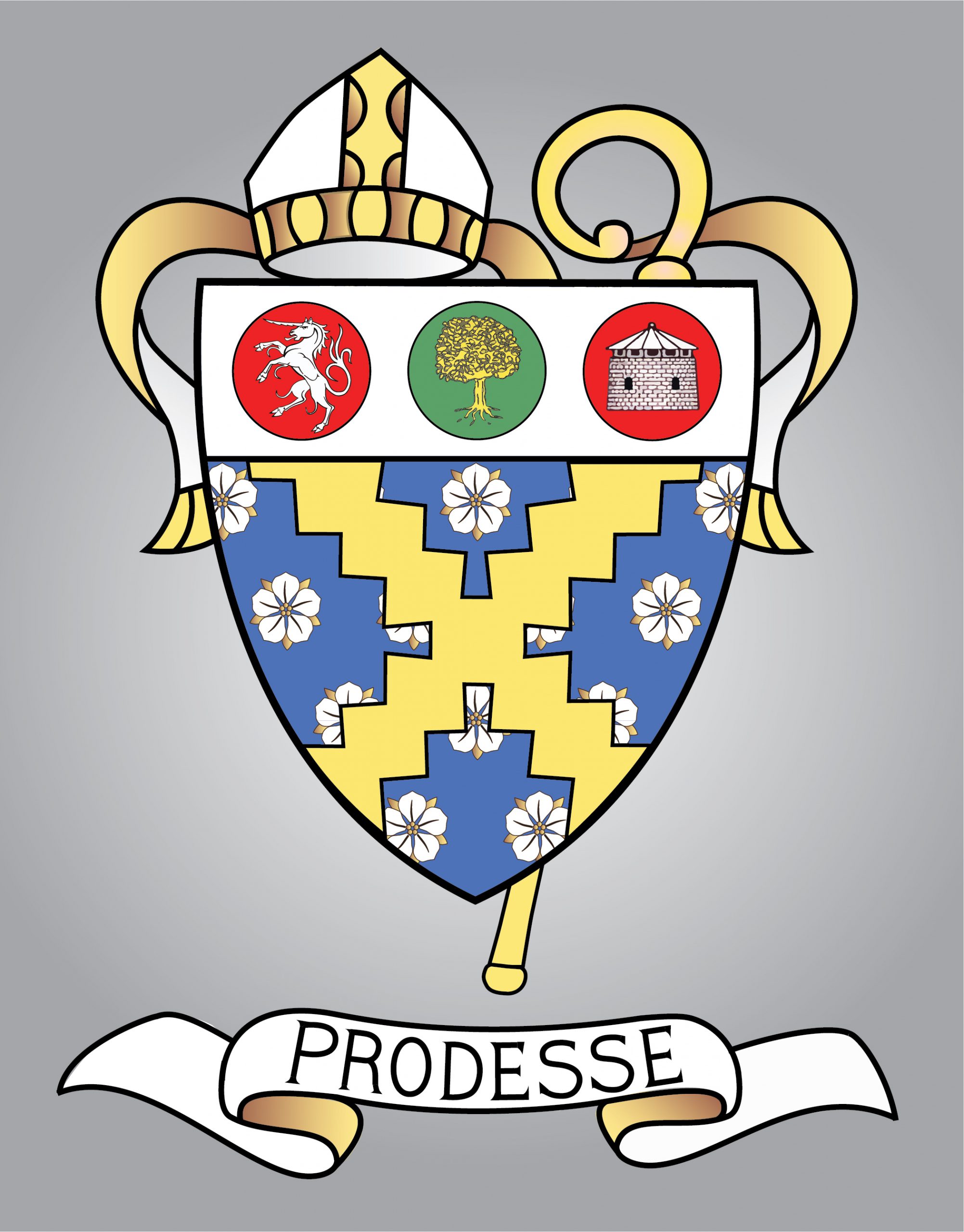 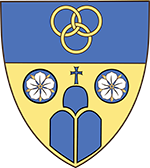